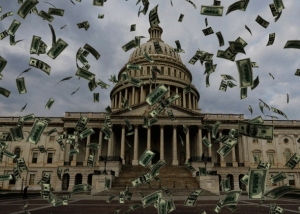 How much fairness is there in our current tax system? Let’s just admit right from the start that taxation isn’t about being fair. Since fairness is a relative and very subjective concept, we will never, ever, have a system designed to be fair. Politicians privately never even seriously discuss what is really fair and only come up with trivial measures of wealth that do not reflect the complexity of reality. So, how can anyone expect to ever agree? The best we can do is to discuss what is tolerable and workable. People who disagree and are intelligent or wealthy enough will usually find some ways to get around the tax system. The tax system is really about power.

The Art of Taxation

For years, people watching Congress have complained about the lack of effective campaign finance reform and how it is needed to stop corruption in Congress. The group Citizens Against Government Waste publishes an annual compilation of the pork-barrel projects in the federal budget. In their 2010 Congressional Pig Book, they identify 9,129 projects at a cost of $16.5 billion in the 12 Appropriations Acts for fiscal 2010. While this figure has been higher in the past, it is still chump change when compared to other benefits that can be bestowed by Congress on its supporters. 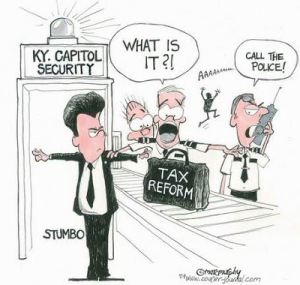 Campaign finance reform is a Red Herring. It is merely a futile attempt to limit what members of Congress can receive in return for the favor of campaign contributions. However, it fails to address the way in which favors can be granted that drive contributors to donate to their campaigns in the first place. It also fails to address the issue of favors granted for financial benefits that an elected official expects to receive after leaving office. In other words, it addresses the symptoms of the problem (campaign donations) without addressing the cause of the disease (the power of Congress to grant favors). The tax code is one method that empowers corrupt legislators, so it stands to reason that another way of reducing government corruption is to reduce the power that Congress has to mis-use the tax code.

According to the Center for Responsive Politics, the pharmaceutical and health products sector spent at least $855 million on lobbying from 1998, through June 2005. They also gave nearly $107 million in federal campaign contributions. According to IMS Health, the top 20 pharmaceutical firms had nearly 77 percent share of the $253 billion United States prescription drug market in 2005. What benefit did they gain from such expenditures?

The Medicare Prescription Drug, Improvement and Modernization Act of 2003 barred the federal government from negotiating on prices of drugs supplied through Medicare. In January 2007, the Senate failed to act on a bill that would have allowed the Secretary of Health and Human Services to negotiate directly with pharmaceutical companies to negotiate lower prescription drug prices for Medicare beneficiaries. In May 2007, a drug-import plan that would have eased the process of importing cheaper prescription drugs into the country from Canada and other foreign countries was defeated. In November 2007, legislation that would have prevented reverse payment, or the practice of brand-name drug companies paying generic drug manufacturers to delay market entry of generic medications, stalled in Congress.

One of the largest underfunded benefit programs in the federal budget is Medicare, yet Congress has blocked initiatives to lower the cost of prescription drugs because it would have reduced the profits of the largest pharmaceutical companies. They would rather drive up the deficit and the national debt than allow any attempts to lower prices. 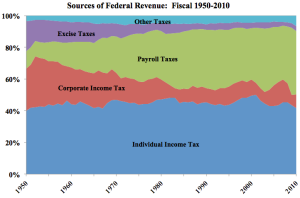 In 2004, President Bush signed into law a bill that created a special low tax rate that a coalition of 60 corporations had spent several years and about $1.6 million lobbying for. It reduced the tax rate on earnings from foreign operations for one year from 35% to 5%, saving them about $100 billion in taxes. Some backers say $100 billion overstates the savings because some of the foreign deals would not have been made without the lower rate, which was essentially taxpayer-subsidized business.

What was so great about the above deal other than the money the lobbyists made? It was the fact that the tax break was only a temporary measure, meaning that they would have to come back and lobby or donate some more if they want future benefits. Their ability to pass temporary measures fuels the power of Congress to extract more money from its supporters later. 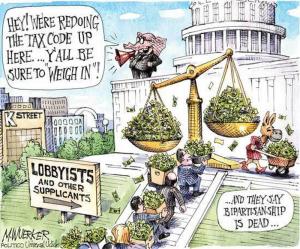 Invasion of the Lobbyists

Why are the lobbyists so powerful? No only are they extremely well paid to influence Congress, they also include former members of Congress and well-connected staffers. As of a 2005 report compiled by a watch group called Public Citizen, 43% of the 198 members who have left Congress since 1998 and were eligible to lobby have become registered lobbyists (86 lawmakers).

While departing Congresspersons are restricted from lobbying for one year after they leave office, they often “advise” other lobbyists during that time. They also have the special privilege of retaining access to the House and Senate floor as well as private gyms and restaurants available only to Members of Congress.

Approximately $2.1 billion was spent on lobbying in 2004, but for organizations to spend that much money, the expected return on investment would have to be several times larger. For instance, the Carmen Group Inc., a mid-size lobbying firm, annually publicizes its clients’ costs and compares them with the benefits they receive. In 2004, Carmen claimed to have collected $11 million in fees while delivering $1.2 billion worth of benefits to its clients.

The bottom line is that pork barrel spending is only the tip of the iceberg when it comes to the benefits that paid lobbyists are looking to exploit. The tax code, which is responsible for the generation of trillions in revenue per year, holds the key to a much larger source of potential financial benefits. This is why tax reform isn’t so much about fairness as it is about the ability of incumbents to acquire wealth and power. 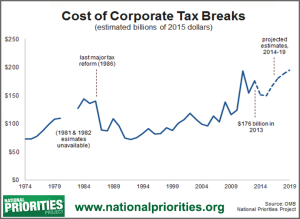 Campaign finance reform can only hope to try and limit the ways in which Congress can be influenced, and is most likely to fail because of a little thing called the first amendment as well as the innate human ability to avoid or evade rules or get special loopholes. But tax reform is a way to eliminate the power they have to make campaign donations worthwhile in the first place. There is no point in bribing someone who has no power to help you, is there? So, let’s start thinking about how we can implement tax reform in such a way as to reduce the power of Congress to reward supporters.

I don’t care if you think a simple tax system is going to be fair. No tax will ever seem fair. If it is able to reduce corruption in Congress, I’d pay double because it will eventually save us from financial ruin and allow the people to take back its government. 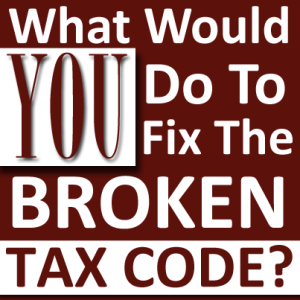 2 thoughts on “Plucking the Goose”