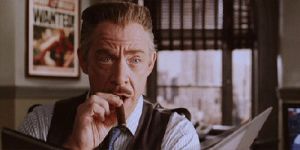 Just as Jonah Jameson, publisher of the Daily Bugle, just can’t credit Spiderman for his heroic acts, Wall Street has again dissed its latest hero, GoPro, maker of the Hero series action camera, which just demolished expectations for the fourth quarter of 2014 with a year to year increase of over 75% in revenue for the holiday quarter. GoPro (ticker GPRO) is crushing the competition and had the hottest selling video camera of the holiday season. 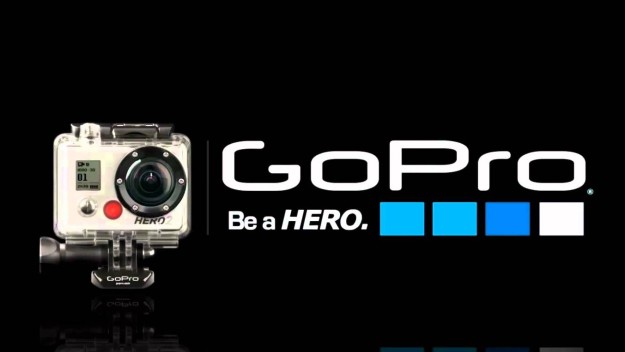 GoPro Be a Hero

So, why did the stock initially jump up during the earnings announcement only to reverse course during the company conference call and crash and burn for the past few days? Is Wall Street populated by manic depressives, schizophrenics, idiots or just paranoid jackasses? The apparent cause of the stock price crash was a discrepancy between the tremendous holiday quarter and the merely-average projections for a 42% year over year performance for the next quarter, which still exceeds revenue expectations and are in the expected range of earnings estimates ($.15-.17 per share compared with average expectations of $.17 per share). It also didn’t help to find out about the resignation of the COO, Nina Richardson, which immediately sent Wall Street’s analysts in a panic, taking the momentum out of the stock. 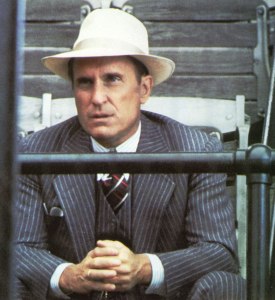 Robert Duvall as Max Mercy in The Natural

Is GoPro a hero or a goat? In the movie The Natural, Max Mercy, the shady newspaper reporter played by Robert Duvall, had the following to say about whether or not Roy Hobbs, the hero of the story, would help the Knights win the playoffs. I think this quote is completely applicable to Wall Street stock analysts today:

“They come and they go…. I’ll be around here longer than you or anybody else here. I’m here to protect this game. I do it by making or breaking the likes of you. And after today whether you’re a goat or a hero, you’re gonna make me a great story.”

I don’t normally dig into the details of company financials, but something just didn’t smell right and my Spidy senses were tingling, so I did a bit of checking. What I discovered is that Wall Street, for all its high-powered talent and number-crunching ability, didn’t do jack to figure out what actually happened here. The issue seems to center around the difference between the revenue projections for the first quarter of the year. During the conference call, Citibank analyst Jeremy David asked why revenue was expected to go down by 47% from Q4 2014 to Q1 2015, compared to a decrease of only 35% between Q4 2013 and Q1 2014. GoPro responded that they were projecting average 41% growth last year, so that is what they used. This projected slowdown in growth must have sent his mis-guided Spidy senses tingling. Citibank is among the most negative of all GoPro analysts.

After only a couple hours of digging around, the cause of this entire first quarter estimate problem became clear to me. It all seems to revolve around a delay in shipment of the Hero3 cameras that were supposed to be available for the holiday quarter of 2012. The Hero3 was a dramatically improved camera that could take 4K video and was announced in October of 2012. However, GoPro had trouble getting orders out the door, so most of their sales were pushed to January 2013. I found customer comments on various web sites (including Slickdeals.net and Facebook), discussing shipping delays. Reviews of the Hero3 on Amazon.com started with only four reviews in October and November, with a relatively small number in December, further indicating that most customers were not able to get their cameras for Christmas that year. And the smoking gun … the SEC S-1 Registration Statement dated May 19, 2014 from GoPro, which said:

“Revenue and units shipped for the three months ended March 31, 2013 were impacted by production delays of our HERO3 Black edition capture device in the fourth quarter of 2012. These production delays correspondingly delayed shipments until the first quarter of 2013, which resulted in revenues in the first quarter of 2013 that did not reflect the traditional seasonality in our business. The three months ended March 31, 2014 were not similarly affected.”

So, what does this mean? Simply that the first quarter of 2013 had an inflated number of sales due to GoPro not being able to get them shipped out for Christmas. This is clear in the revenue numbers, since there is an 8% decline in sales from Q1 2013 to Q1 2014 and an even larger and unusual decline from Q1 to Q2 of 2013 compared to Q1 and Q2 of 2014. The result is a bunch of stock analysts who can’t figure out why first quarter sales are projected to be 47% down this year compared to only 35% down last year (Q1 2014) and only down 31% the year before (Q1 2013). Sometimes you have to do more than crunch numbers. You also have to read and investigate. Isn’t that what stock analysts are paid to do?

So, I went back and adjusted the revenue for Q1 of 2013 to account for the delayed 2012 holiday season sales and placed the revenue in line with how GoPro has been growing for several years. I decreased revenue for Q1 2013 by 33%, which places it just under the revenue for the second quarter and shows about the same growth quarter to quarter as in 2014. This small adjustment changes the outlook going forward. GoPro has consistently issued conservative (low) guidance, and based on my revised numbers, I believe that this is what happened last week. By my estimates, the first quarter of 2015 is probably going to be another large earnings beat. Here are the charts to back it up.

The following chart shows GoPro revenue by quarter using actual numbers and the one below shows revenue with the adjustment to the Q1 2013 revenue (revised down by 33%). The second chart shows more even continued upward growth.

GoPro Revenue by Quarter with Adjustments

The following chart shows GoPro revenue by year using actual numbers and the one below shows revenue with the adjustment to the Q1 2013 revenue (revised down by 33%). They both show a decline in the previous unsustainable growth rate of 266% in 2011 to a more sustainable rate. However, the second chart shows a bigger growth rate for 2012, when the Hero3 was supposed to have been sold, but was delayed. This shift in revenue leads to lower, but still great growth in 2013, which is when the Hero3+ was released (Oct 2013), followed by another surge in growth after the Hero4 was released (Oct 2014). If correct, 2014 would have seen revenue growth of 55%, not 41%. Although the change does not affect what happened in 2014, it changes the trend. Increasing the 2014 revenue growth would also increase the earnings per share growth upwards as well. 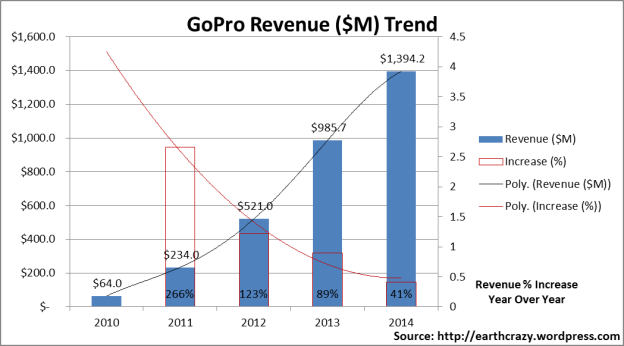 GoPro Revenue by Year with Adjustment

This leads to the final charts, which show revenue projections adding in GoPro’s estimate of 42% revenue growth for 2015. At this rate, current earnings estimates should fall in line with their projected range of $330-340M for the first quarter of 2015. However, the upward trend looks even stronger to me. If the trend really is in line with my revisions to Q1 2013 revenue, then GoPro might be looking at smashing estimates for Q1 2015 with 55% growth (about $364M) assuming all things stay relatively stable.

Of course, this is all guesswork. No matter how many charts and numbers we can put together, nobody can predict the future. But if I were a Wall Street analyst, I’d spend a little more time looking at the numbers we already have. Come on Citibank, get your act together! What do you say about them apples??? 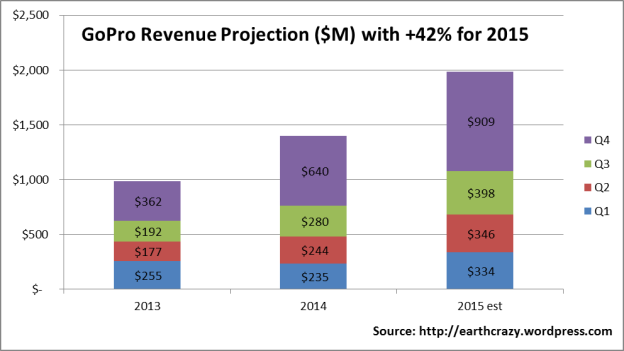 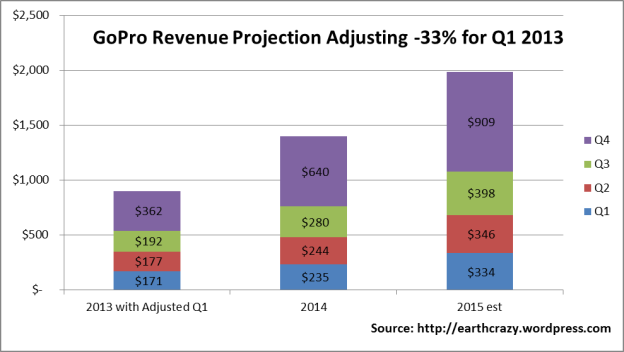 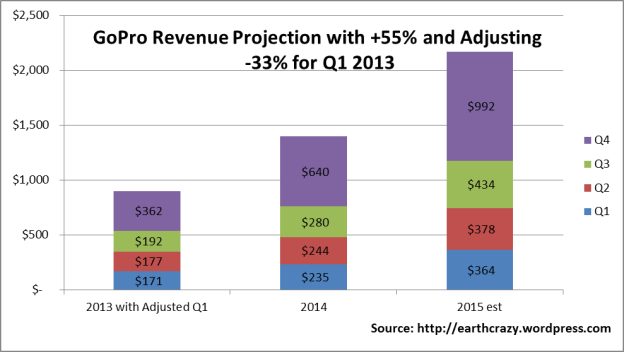 GoPro Inc. is scheduled to release its quarterly results today after market close. Analyst estimates still don’t make sense to me. If you add up the projected revenue numbers for the first two quarters of this year, which I even think are low, and subtract them from the annual revenue estimate, GoPro would have to fall flat on its face during the Christmas quarter to only deliver $1.73B in earnings for 2015. We will find out after 5PM today how GoPro fared in the first quarter. I’m betting on an upside move. Short seller interest is incredibly high at over 61% of the floated shares. If they are right, the stock will crash tomorrow. If they are wrong, it will soar upward as they all rush to cover their short positions.

Here are the current analyst estimates the day GoPro is scheduled to release its quarterly results:

2 thoughts on “Beat a Hero”