If there is one thing that most people can now agree on, it is that things are changing much faster than before and will probably keep changing even faster. Much has changed in human society over the past several hundred years, from slavery to female rights to freedom of speech, to subtle changes in religious dogma. Unfortunately, many of our moral values were shaped by ancient writers who may have had far different motives when establishing their holy rules. So, we can’t expect those rules to be the best possible way to shape the destiny of humankind through the next millennium. Now might be the time to consider carefully how we might craft a religion that is better suited to the future needs of the human race.

And no, I don’t think Scientology will fit the bill. Jamie DeWolf, the great-grandson of science fiction writer and founder of the Church of Scientology L. Ron Hubbard, spilled the beans on how and why this modern religion was started. Hint: writing just didn’t pay the bills and he wanted to get rich.

If I were to start a new religion, my first thought might be how to gain the maximum amount of control over my potential subjects in order to impose my values on them and increase my personal wealth. But, dictators have been doing that for years and it sometimes backfires on them or their less capable heirs. So, we’ve already been there and done that. Assuming I wasn’t doing this for me, but rather for humanity as a whole, I would evaluate the challenges before the human race and choose some rules, backed up with a currently unchallengeable set of assumptions, which would help us to meet those challenges.

One such challenge is that of interstellar space travel. Most of us realize that when you measure distances in light years, and your technology can only get you a tiny fraction of the speed necessary to get close to light speed, and we don’t think we can ever actually even get to light speed, that we have a problem when it comes to colonizing other worlds. Unless there is some way to move faster than the speed of light or to find wormholes that act as shortcuts between worlds, we will not have much luck. Colonizing Mars or maybe one of the moons of Jupiter or Neptune just doesn’t seem satisfying or useful.

So, if you believe that we, the human race, need to colonize other worlds before our own world is extinguished, how do you get people to volunteer for a one-way trip through space-time considering that they will never see their home again and never even live long enough to reach their destination? You can’t just trick them into thinking it will only take a few years to get there, since they will not plan properly for the journey. You need to give them a reason to want to live and die on a spaceship and to raise future generations who will gladly continue the mission.

This is the perfect job for a new space-age religion. A religion that tells us that god wants us to travel to the promised world even though we will never reach it ourselves. A religion pushing us away from the evil, decaying Earth and towards a land full of milk and honey waiting for our great, great, great, great … grand children to colonize. A religion that gives us the strength to sacrifice our very lives and those of our children and grand children in the pursuit of a far-off goal, even if it means we may have to expunge the promised land of nasty aliens when we get there. Getting people to sacrifice for each other is usually a challenge, but not so hard if they are sacrificing for an all-powerful ruler. I think we have plenty of experience that we can put to good use here. 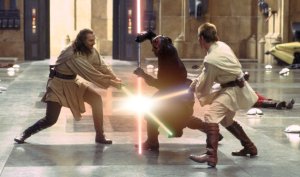 There would probably have to be some pretty specific rules on board the spaceships regarding hygiene, diet and exercise to ensure the maintenance of health and reduce the chance of disease. Oh, and it would have to make sure they don’t all kill each other. And we would have to ensure that we don’t just dispose of deceased human bodies, but rather recycle all precious limited resources in the most useful way possible.

Since spaceships have limited space and resources, population control and careful attention to the gene pool will also need to be a key element of that religion. Perhaps a preference for monogamy will have to be displaced by a preference for genetic diversity. It may be necessary to require that all females produce two, and exactly two, offspring, each of which must be from different fathers. This assumes, of course, that all mothers and fathers are fertile, genetically acceptable, and free of undesirable mutations. If this is not the case, then someone else will have to make up for their shortcomings by producing other genetically-diverse babies. I’m pretty sure that, human nature being what it is, the leaders of this religion will probably grant themselves the special benefit of producing however many extra offspring are needed to meet the quota. And they will probably get their choice of females.

I know, I know, you are now cringing in horror at the mere thought of this sterile future and suspect it is just an excuse for a “man”-made religion designed to encourage polygamy. Is it my fault that nature favors diversity? What would you do if you were stuck on a spaceship with the Duggar family and you and your spouse could not even get pregnant? For those of you reading this in the future, when they are no longer front- page news, the Duggars are currently a family of 19 and I’m not sure they have stopped popping out kids yet. No mere human could get away with imposing such restrictive rules on reproduction. The Chinese already tried it with their 1-child policy, which hasn’t turned out so well. It would have to be a god.

How do we create such a religion? I certainly can’t say I’m an expert, but I know of plenty of experienced theologians who would probably give us a good leg up on the task. Some wackos even think that NASA is already trying to create a new religion for the Antichrist. Anyway, if anyone is in the market for a new religion, let’s get together and brainstorm this one before someone else creates a real monster. You know, the kind where everyone either kills themselves or tries to kill everyone else so they can get on to the heavenly afterlife.