You can’t take your stuff with you when you die, so the last act of any individual is usually to specify who gets their stuff. Much of it may be taxed to death, depending on where you live, but that is only if the government can find and value it. We know that your real property and accumulated wealth will be taxed (unless it is small enough to hide from the tax authorities), but what about your digital property?

The current generation is probably the first one to ever consider the likelihood that, when we die, we may have accumulated a very large stash of digital content or even money. For all intents and purposes, that content will be as perfect as the day it was downloaded or created, unless someone creates new formats that makes the old formats unusable or undesirable. This is likely as we move to video formats with even higher resolution (4K) and music formats that have better sound quality than MP3 (which is actually much worse than old, uncompressed CD files). The content will still have at least some value and would probably command a reasonable price. Even a digital identity in an online game may have value to other gamers, who would otherwise need to spend years to achieve the same level of success or acquire the artifacts one gamer has managed to accumulate.

But can your digital property be passed on to your heirs? Will each heir be able to get their own copy or will only one copy be legal to pass on? Will it be taxed? If so, how will that be possible and how will it be valued? Can content even be sold to someone else in order to generate the money needed to pay the tax? Could it be that the issue of digital rights will actually force a change in our obtuse tax code, which requires that everything we own be shared with the government first before it can be passed on to the friends and family that most likely have been enjoying our stuff for years? I know they will try to find and tax digital money, but will the government try and tax digital content?

You can’t tax what has no market resale value, so might the IRS try and force Apple and Amazon, for instance, to value someone’s digital music library and allow its transfer to an heir and its resale to others so that they can take part of its value in taxes? Imagine that Apple sells, say 1 million copies of a song each year, but 10,000 of copies of the same song end up in the accounts of newly-deceased customers. To tax those 10,000 copies, the government would have to ensure that ownership of the property could be passed on and that there exists a marketplace in which it could be sold. Would Apple be required to put those 10,000 copies up for sale again? That effectively means they would have to subtract the value of those 10,000 copies from their new sales and disburse the proceeds to the inheriting owner and the IRS. The same applies to movies, e-books, and all other forms of digital content.

I know, it sounds ludicrous, but if the government can find a way to tax something, it probably will try. But considering that the IRS paid out over $5 billion in fraudulent refunds to identity thieves in 2013 and can’t seem to stop themselves from giving away taxpayer money, I doubt they have the capability to even think about finding and taxing digital content.

It it were possible to easily transfer or resell digital content, this would eventually lead to the proliferation of copies until there was no longer any demand left for the purchase of new copies. All existing digital content would lose market value and become free. Isn’t this the trend anyway? The cost of computer processing, storage and bandwidth is already headed towards free. The only thing stopping content from following them down the road to free is the artificial restriction we place on its transfer to other individuals. How long can content owners expect to receive royalties for their work? 1000 years from now, will Michael Jackson’s descendants still receive royalty checks? I doubt it, but his estate currently earns $145 million per year. How long will the gravy train last?

Should the government even try and tax digital content? Will anybody claim that there is a need to prevent the next generation from inheriting collections of music, movies, digital books, digital art, and other treasures lest there be a permanent gap between the haves and have-nots of knowledge and culture? Probably. We already hear about the “digital divide” between kids who have access to computers and the Internet and those who do not. I can hear the complaints now about access to content. “It’s not fair that rich kids have access to all the world’s best entertainment and educational content, leaving the poor with nothing, even though the marginal cost of bits is zero. Besides, information wants to be free!” 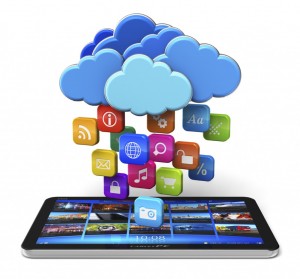 Digital rights schemes were originally devised in such a manner that the right to an object was assigned to a particular piece of hardware. However, the movement to cloud-based storage and applications means that content is now mostly assigned to a digital identity (i.e. a person), not a particular piece of hardware. But how is a digital identity managed? Does it die when we die? No, there is currently no connection between our digital identity and our real identity unless it is tied to real property such as your home or bank account. Our digital stuff, and our rights to that stuff, could theoretically continue forever. I could pass on all my accounts and passwords to everything I own to one or all of my heirs, as long as the cloud-based service providers do not take steps to obtain my real identity and limit access to purchased content after I die.

In real life, we share stuff with our friends and family, including books, movies, and music. We don’t share them with millions of people, just a few. So, how can we ensure that our digital stuff can just as easily be shared within this circle after we die? Most music now consists of unencrypted MP3 files, but the same cannot be said of movies or e-books. I don’t know of any current way to transfer digital content from one digital identity to another. You can buy a Kindle e-book and give it to someone else as a gift, but you can’t give away your entire Kindle library.

Bitcoin is a new kind of digital property because it is digital money that is tied only to a digital identity. There is no requirement to tie it to your real identity, so there is no sure way for the government to find and tax it. You can store it in a digital file or print it out on paper. You can pass that file or paper to your heirs with nothing more than an account and a password and be able to pass that value secretly to anyone you choose. Of course, you had best make sure you don’t forget to pass on the information or it will be lost forever. In other words, put the account details where your heirs will find it.

I predict that, in the coming years, people who are organized enough will ensure that their digital identities live on so that their heirs can benefit from their digital property. Estate planners may even recommend transferring some assets into Bitcoin or other digital currency. Once it is in digital form, it can be divided, moved and hidden. Sure, the government will be able to watch bank transfers into and out of Bitcoin, but I’m sure that other, more secret, methods of converting money will arise. Will the desire to hide money from the government without the need for a Swiss bank account (which, by the way, is no longer a safe place to hide from the US government) drive up the value of Bitcoin over time? It is already being driven up in value mostly by speculation as to its future value.

This means that people will need to leave, in their will or another private document, a list of accounts such as Bitcoin accounts, email addresses, Amazon.com account, AppleID, Google Play account, etc., so that their digital property can be preserved. Eventually, I suspect that content owners will attempt to move people from an ownership model to a pay-for-access model for digital content. Examples include Netflix or Amazon Prime for movies and Pandora or Spotify for music. This kind of model will ensure that digital rights die with you, since somebody will still need to pay for them to ensure continued access. 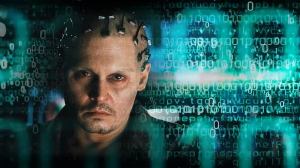 Will anybody be able to buy a lifetime membership anymore? Not if a business can’t tell if you are dead or alive. My father has been dead for years, but my mother continues to receive the magazine that comes as a part of his lifetime membership in the NRA. I wonder how long it will be before they figure out he’s probably dead, or will they ever? Maybe digital content providers will try and move towards biometric authentication, in which case you may need to keep your loved one’s finger or eyeball to ensure continued access to their digital property. Is this a business opportunity? Hmmm. “Hey dad, I made an appointment for you with Digital Immortality. They will scan your entire body, take video and audio samples, and then store you in digital form so we can keep you around forever! For now, we’ll keep you on my iPad, but eventually we may be able to buy a customized robot that looks and sounds just like you! Isn’t that cool?”

I’ve already begun the process of storing myself digitally. Photos, videos, music, books, writings, ideas, scanned art and artifacts, and anything else I can get into digital form. Where will it be stored? In the cloud, I presume. I plan to have my digital identity live forever. This blog may never die, assuming someone wants to inherit the account and keep it going. Maybe I’ll write a year’s worth of stories and write a program to post one of them every week. Maybe I’ll integrate it with an news-writing algorithm to make it look current. Eventually, the bots will write our news and you will not be able to tell the difference anyway.

Nothing used to be certain but death and taxes, but I think we can add another thing to the list. Within a couple of generations, all old digital content will probably become free. When this finally happens, my digital identity will be able to rest in peace. In the meantime, I’m going to try and make it live as long as possible.